My Life Purpose Is To Be My Two Year Old 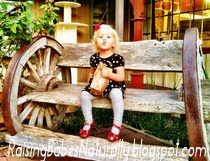 Our dinnertime return home from 2 days of Thanksgiving travels resulted in an epic, but not unusual, meltdown for our 6 year old sensory-sensitive son.

Transitions are super difficult for him, especially when he hasn't eaten a proper dinner, has fallen asleep at an odd hour, has to go from a warm car to cold outside/house, etc.  So his instantaneous whining, crying, screaming to be carried from car to couch, stripping of clothes, writhing and flopping around like a fish out of water was not surprising.

When this doesn't occur Fireman and I are cautiously amazed and thrilled.

But not this time.

After waiting for my daughter to do a number in her diaper, he was still going crazy and unable to decide on a bath or shower. So I stripped them both and manhandled them into the shower with me. I badly wanted a shower too, and since he wasn't making a choice, I figured I'd kill two birds with one stone.

He screamed and cried and scrambled to climb out of the shower, which made Daughter start to
cry. I was half wet, holding him as tight as I could, trying to clean him as quickly as I could, while also trying to keep Daughter in the shower.

I yelled for Fireman a few times for help, but he was in the garage and couldn't hear me.

This pissed me off and annoyed me to no end.

How could he not hear 3 yelling, hollering people? Why was he never available when I most needed his help? He's gone at work so often, and the times he IS home he seems to somehow miss the really, really tough parenting moments.

I let Son go and he scrambled out, crying and yelling and hitting into the towels, "BAD Mommy!"

I was now holding a wet, wriggling, crying 2 year old who was trying to bop me on the head yelling, "Bad mama!"

I cleaned her quickly, set her on the towels, and finished my own shower in relative peace as they both calmed down and climbed into my bed to snuggle together.

My body was still tense, and i realized that I was still angry at Fireman, although looking deeper it was actually anger at my son's "issues" that I was projecting onto Fireman.

I decided I didn't want to make this a big fight with Fireman since it wasn't his fault that he hadn't heard me, and so I let out a deep breath to release my anger towards all.

I haven't done that so consciously before, and I was really proud of myself. It was incredibly refreshing to acknowledge it and then let it go!

After getting out of the shower and going to the bed to find some feet to tickle, Son's anger began. I wanted nothing more than to do a little organizing in our disastrous house, but I resolved myself to relax and be fully present for Son.

He started what I call his "delirious aggression:" whacking myself and his sister with any pillows he could grab, striking out at us with hands and feet, trying to bite, circling us...basically a mean little nutcase.

Usually when he gets like this with me (he isn't comfortable enough to do it with Dad yet) he only attacks me and leaves his sister alone.  But this was one of the rare times he was going after her, too, and I quickly understood he could not control himself and I needed to protect her from him.


I have learned from Hand in Hand Parenting how, and why, to calmly, firmly and lovingly deal with this behavior.

I managed to playfully fend him off for the most part, saying "Oh no! This vicious angry tiger got out of his cage!". But there were a couple times he managed to grab her hair or scratch her leg and so I held him tight in a bear hug saying I couldn't let him hurt anyone.

After awhile he calmed enough to suggest that he, the mean tiger, would die and Daughter and I would be happy. I played along with that briefly but then realized it was a prime opportunity to show that "badness" just needs love. So I told the mean, angry tiger I was going to kiss him one thousand times because he obviously felt yucky and needed some love.

He enjoyed this and giggled and 5 minutes later popped up happily and declared he needed to poop.

As he left the room I felt my defenses melt away, my adrenaline subside, and the tears well up in my eyes.


It is an emotional whirlwind to defend yourself and your other child from an attacker while making a light game of it, feeling sadness that your child is angry and hurt enough to be behaving this way, and feeling relief and gratitude when it is over and your children are back to "normal."

Daughter just watched my face as I cried, and her sweet, innocent, happy little face just made me cry even harder.  She had no idea her brother had just been attacking her.  She had no idea he had truly gotten a bit vicious.  She had played along the entire time, pretending to be a baby tiger and squealing in delight any time he tried to get her.  She had no anger towards him, no reason to fear him.  She did not wonder what had gotten into her brother or when he might return back to normal.  She thought about nothing except going with the flow of what was occurring.

This world can be healed by two year olds.