I have anticipatory grief. 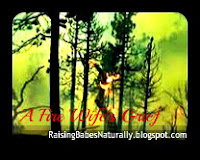 I never knew that it has a name, a label.


All I knew was that I couldn't stop thinking about, and hysterically crying over, the 19 Granite Mountain Hotshots, the fatally struck CalFire Engineer, and many previous fallen firefighters.

I never knew that it is not only normal for those who experience it, but that it is also a healthy coping mechanism.

All I knew was that I first was shocked and curious about how the 19 died, then angry that their fire shelters didn't save them, then devastated for their wives and children, and then exhausted.

I never knew that this was the classic grief process:

I recently attended Anne Reith's Understanding Grief Workshop at IMPART (Institute for Mediumship, Psychic, Astrological & Reiki Training) in Orange County, where my friend Nicole has become a Reiki Master.  We're so lucky to have her practice and hone her skills on us - she transformed Son in a recent session.  You can book with her now - she's open for business!

At the Grief workshop, Anne asked everyone to briefly speak as to why they were there that day.  I began by saying the matriarch of our family, my grandmother, passed away a couple of years ago and rocked the family's world.  Being a huge part of my mother's support system, especially when it comes to spirituality and connecting with the other side, I felt this class could help me help her further.  My grandfather, the patriarch, is 90 and thriving, bless his heart, so hopefully he'll be with us for a long time still.

I also mentioned that Fireman shed some tears in his first few months on the job, after his first few traumatic incidences (horribly injured children, cracking an elderly woman's ribs while performing CPR), but that he hasn't cried or grieved since then.

I intentionally hold space for him to release at home, and inquire into the nature of his recent calls, and he'll tell me some of the crazy or especially horrific stories, but usually he says he really is doing fine.  I told Anne I want to learn how to help him release more/better so that he won't become a first responder statistic and turn to alcohol for release.

Anne totally understood, and related that while "civilians" might think first responders need to continually release, they actually grow a thick skin for the stuff they see daily, out of necessity.

They wouldn't be able to do their job if they were affected by, and grieving for, everything they see.  I think we all know this inherently, but I had wondered if I still couldn't help him release stuff.

My friend, Nicole, who was with me that day went next, and mentioned something about doing Reiki on my family when Fireman was out on a wildfire, and I told Anne I had also wanted to mention my grief over the recent wildfire firefighter deaths.

Next thing I knew, tears were streaming down my face.

The class was full of grieving people, so this was not out of place to say the least, but I felt surprised, relieved and exposed all at once.

"Anticipatory grieving' is when you know a loss is coming and you can begin to let go of your view of the future.  This occurs in situations where the death or loss is known in advance and you can 'prepare yourself.'  Some authors believe that all of the same stages or steps will be experienced with anticipatory grief.  Other authors believe that only certain stages or steps can be experienced in advance, while others must wait until the actual loss has occurred.  But even if the person does know about an impending loss, they may or may not participate in anticipatory grief.  Each person's journey is unique in this respect."


I felt the numbness of the wife learning of her husband's death, possibly after seeing an official Fire vehicle pull up in front of her house.  I felt the overwhelming sadness of her realizing he would never again sleep next to her, his strong arm draped over her.  I felt the almost incomprehensible loneliness of the pregnant wife facing the fact that she would have to respond to every newborn cry herself.  I felt the little ones' confusion about mommy crumpled in a heap on the floor.  I felt the older kids' disbelief that daddy wouldn't be coming home from shift to make bacon and pancakes for breakfast ever again.  I felt the nausea arise as the wife replays in her mind what her husband's last few seconds might have been like - how terrifying and possibly painful it might have been for him when he saw the flames approaching, realized he must deploy his last-resort fire shelter, lay as flat as can be, and pray to God.

Tears are streaming down my face as I type this...apparently I'm not done grieving.


One day when Fireman was at the station, my phone rang while Son was looking at pictures on it, and he answered it with a "Hi, Daddy!" and put it on speakerphone.  A man's voice said, "No, this isn't your daddy, this is John with the Fire Rescue Department...can I talk to your mommy?"

My heart leapt into my throat and I got that rush of mind-numbing adrenaline that accompanies terror.


In a split second, I reminded myself that if something had happened to Fireman, there would be a man at the door, not on the phone...but I still was not able to fully breathe until I spoke with John and learned he was responding to our email about an HR question.

When I told Fireman about that the next day when he was home, I burst into tears and hugged him tight, releasing the emotion it had caused.

I pray to God i'll never see that official car pull up in front of the house, and I pray for strength and love and light for those wives (and husbands) that do.

My anticipatory grief feels to me like my mind preparing for the what-if of Fireman dying in the line of duty.  It's a strange label in that I'm certainly not actively anticipating his death, but rather emotionally gearing up for the in-case, since the job is definitely high-risk.  Luckily, I'm able to do my grieving in my few moments alone here and there, and get back to being grateful for the amazing life I have...including the strong arm draped over me 10-15 nights a month.


Anne's class was so incredible and comforting and eye-opening.  Since learning about her, her work, and her variously talented metaphysical "co-workers," I can safely say I fear death even less and actually look forward to the wisdom and clarity i'll have on the other side.  But this doesn't mean I'm any less saddened at the prospect of losing those I love here on earth.  Mediumship (I had my parents go to Anne's friend Colleen Salomon - they were blown away) and this blog post of Anne's are great places to start if you are curious about connecting with those who have passed.  We also had ourselves and our home cleared of negative influences as I wrote about here.

Just this side of Heaven is a place called Rainbow Bridge.  When an animal dies that has been especially close to someone here, that pet goes to Rainbow Bridge.  There are meadows and hills for our special friends so they can run and play together.  There is plenty of food, water, and sunshine, and our friends are warm and comfortable.

All the animals that have been ill and/or old are restored to health and vigor; those who were hurt or maimed are made whole and strong again, just as we remember them in our dreams of days and times gone by.  The animals are happy and content, except for one small thing; they each miss someone very special to them, who had to be left behind.  They all run and play together, but the day comes when one suddenly stops and looks into the distance.  This special friend's eyes are intent and its eager body begins to quiver.  Suddently, this special friend begins to run from the group, flying over the green grass, its legs carrying it further and further.

You have been spotted, and when you and your special friend finally meet, you cling together in joyous reunion, never to be parted again.  Then happy kisses rain upon your face; your hands again caress the beloved head, and you look once more into the trusting eyes of your pet, so long gone from your life but never absent from your heart.

Then you cross Rainbow Bridge together...