I Made Curds and Whey! 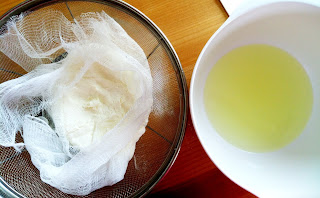 Wow, I have so much I want to share! It'd be great if Daughter could nap for oh, maybe 5 hours...is that too much to ask?

One of my favorite blogs, Mommypotamus, introduced me to Nourishing Traditions and the Weston A. Price Foundation, and just like when I met Fireman, discovered homebirth, and Patty Wipfler, it felt like I had come home. I just KNEW it was right for me and my family.

I bought Mommypotamus' amazing (and inexpensive!) ebook, Nourished Baby, as well as Nourishing Our Children, and have begun making quite a few changes to our grocery list. I've also made some of the recipes from the ebooks that also happen to be WAPF "approved." 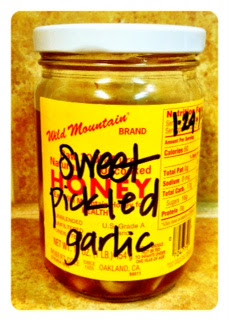 Fill a jar with peeled cloves, fill halfway with honey, then fill up with Bragg's Apple Cider Vinegar, shake often, taste often! They'll get sweeter and sweeter the longer you let them sit! 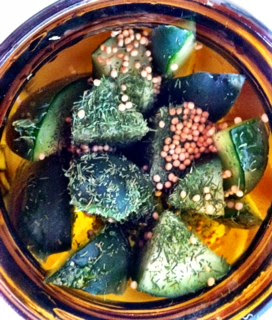 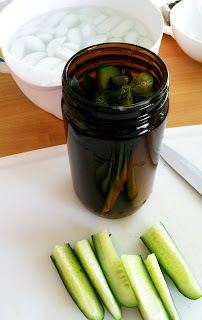 I used Mommypotamus' recipe from her ebook...

If you're like the old me, saying "Lacto-what? Fermented? Ew!" then read this fun interview Mommypotamus did with her friend. I have begun an amazing journey into the land of Real Food, Whole Food, Nourishing Food. Like the stuff my Grandfather grew up on, on his Oregon farm. I pretty much wish I could transport myself and my family back to his time: whole fat, fresh butter, milk, cream, pasture-raised chickens and cows, wild salmon from the stream, and all the fresh apples, pears and berries the kids could pick as they frolicked around their land. It's no wonder he is 90 and going strong, with amazing dental health to boot, just as Dr. Price would have predicted.

And if you grew up a modern city kid like me, you probably grew up eating margarine, lean meats, low-fat milk. Well, there's a reason those farm folk are so strong and robust - their diet is full of whole fats we were told were bad for us.

Butter consumption has dropped drastically since 1926, while heart disease and cancer have grown exponentially. Do some research of your own; talk to your farm-reared grandparents...you just may feel as though you've come home, too.

A lifestyle/diet change can be overwhelming, and I'm still in the learning stages of all this, but the very first things I did were: 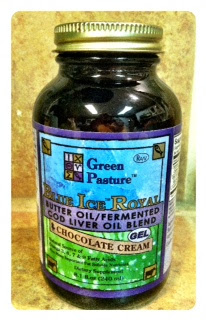 I bought what? I know...it's crazy. The stuff was forced down kids' throats long ago for good reason. And this one we buy is mixed with high fat Butter Oil. This is why I bought it.

I had no idea what it was either. It's clarified butter, which has a higher smoke point than plain ol' butter so it's great to cook/fry/saute with.

...to then make lacto-fermented foods. It's very difficult: you dump yogurt in a cheesecloth-lined strainer 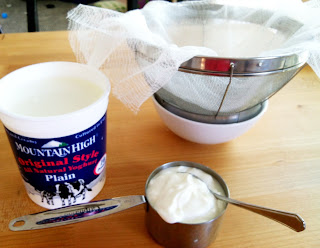 let it sit overnight and voila! 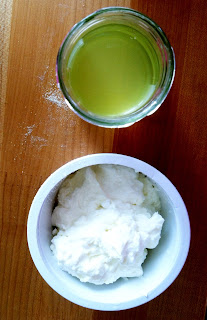 ...you wake to a bowl of whey (the strained liquid, which can stay in the fridge for months), and a bowl full of curds (the yogurt-which can now be used like cream cheese)! Who knew Little Miss Muffett's meal was so simple? 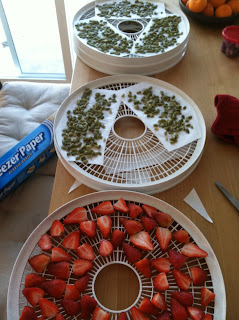 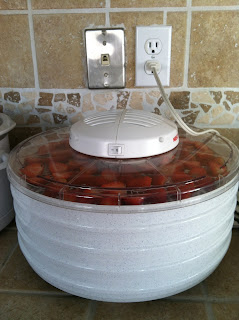 I scored one on Craigslist for $20 - it's old school, but it works! This is for fruits, crispy nuts, jerkies, and especially fruit leathers, which I am so excited to make - I know Son will be in 7th heaven - I've seen him gaze longingly at some foot-long "fruit" at the park.

No, not a box of jello...bovine gelatin, the real stuff, in powdered form. I seriously bought this JUST so I could make Mommypotamus' Sour Gummy Stars, but there's so much more to do with it!

I've been searching loooong and hard for local, pastured, grass-fed meats. The grass-fed beef at my local Henry's just wasn't cutting it, being previously frozen all the way from Uruguay, and never less than $7/lb. And I've heard that the organic chickens they sell aren't exactly as organic as they say they are. It took many hours of searching, reading reviews, phone calls and persistence, along with thinking I was about to buy a quarter or half a cow, and where would we store it, and oh-no-now-we-need-a-2nd-freezer, but I finally found Open Space Meats, here in CA. 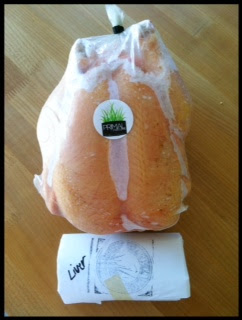 I also bought a chicken and some chicken livers from a new chicken farm here in Temecula called Primal Pastures...meat doesn't get any more organic than these guys.

7. Make broth from said meats...and the Thanksgiving turkey carcass (if it's quality meat)!

This recipe for perpetual broth is all you need. I now use this very nourishing stock in my rice cooker instead of water, to make soups, boil noodles, you name it.

So that's where I'm at so far. Sweet hubby has gotten excited (sort of) about it all, too, and discovered one of his fellow firefighter brothers has chickens and is selling his organic, non-GMO eggs for $3/dozen. Are you kidding me? I know some other organic chicken farmers who can't keep theirs on the shelves at $8/dozen! We bought 2 dozen that very day! I hope to someday have a few chickens of my own, if we can ever conceal their clucking here in our HOA community :)

How real food-ified are you? Have any tips? Suggestions? Questions? I'd love to hear from you!