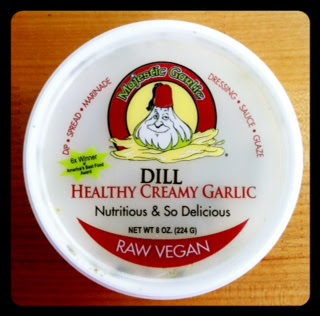 As I began writing about my Mommy Month of Hell a couple weeks ago, I made a tragic error. Actually, a couple of tragic errors.


1. I said to myself how nice it was that now the baby was over a year old and my chances of getting mastitis again were drastically decreasing.

2. I stayed up too late, too many nights, blogging.  And shoveling chocolate covered almonds in my mouth.

I know better! Especially with #2.

This baby wakes anywhere from 2-5 times per night, so I am still zombified.


I know this is because I still nurse her in the night. I know I need to night-wean her. I am attempting to gear up for this. Meanwhile, I remain zombified.

So, one night of probably 5 awakenings, I remember her not latching well on my "bad" side, the left side, and getting annoyed that my nipple was getting sore. The next day, I had a little tenderness on that side but didn't think anything of it.

Luckily, I went to the Farmers Market that day and stocked up on my addiction: Majestic Garlic. I got the Dill, Cilantro, and Roasted Pepper Hummus....OMG. If you like garlic, you've got to get your hands on this stuff. I know Whole Foods carries it, but other than that, I have no idea. I'll ask my Farmers Market vendor the next time I go. He sells 3 tubs for $12. Their official website sells 3 for $25, so it appears to be much better to find a vendor.

ANYWAY, I ate a ton of it that day, like usual...so much that babys' AHEM diaper smelled garlicky, if you know what I mean.

The next day - no breast or nipple tenderness! I ate so much of the stuff for 3 days in a row that now poor baby had a nice rash on her bum, so I laid off the stuff for a day. The day after that? Tenderness was back.

That night, nursing baby, I felt it. It's an unmistakable feeling if you've had it before. Aaarrggghhh!!!


I took Phytolacca and tried to get some rest. I should have marched right down to the kitchen and finished off all the garlic in the house, but I didn't. I didn't want baby's bum to hurt anymore. I should have eaten it for breakfast when I woke and felt halfway decent, but I didn't. Fireman was supposed to go to work that morning, and I had him call in for a 12-hour trade so I could get control of the situation before he went in for the night.

I had a small window of opportunity that morning, but I felt trapped.


The symptoms weren't train-crash-out-of-control yet, which meant garlic, homeopathy, moist heat and rest probably would have staved off a full-blown infection. But knowing Fireman had to go in to work that night, and was on duty for the next 3 days scared me.

I did not want to experience the train crash while he was gone.

That had happened before and it took every ounce of my will and energy to deal with the kids while dealing with the train crash. I knew if I had the time and space to take care of myself and focus only on myself, I could heal myself naturally. But I didn't. I felt trapped by the 5pm deadline when he would have to leave for work, and I didn't want to not be better by the time he left.

So, I copped out.

As I drove to Kaiser, I berated myself. I berated myself for giving in to fear, for not trusting the natural approach I try so hard to live by, for now giving Daughter antibiotics via breastmilk for the THIRD time in her one little year of life, for getting overly tired and letting myself get this GO***MN infection in the first place! I got angry at Fireman's job, at the fact that he can't just come home each night like a normal 9-5er and give me some time and space to heal and rest myself when I need it.


I looked around (I'm ashamed to admit) in disgust as I parked the car. Everyone walking into the building looked so ill, so down-trodden, so miserable, that I didn't want to go in there. I didn't want to breathe that same air and risk getting another illness. I wrapped the collar of my peacoat around my face and entered the Urgent Care. I noticed many people wearing face masks, and asked the receptionist for one, too. I sat as far from others as I could, and I prayed my visit would be quick and germ-free.

A half-hour later, as I drove to the pharmacy for my dreaded antibiotics, the train crash began.


I was stuck in traffic, with 2 errands to run, and did not know how I was going to make it. I had to get my prescription at the pharmacy and then go to Henry's for Bio-K and Lecithin. At this point I was in full winter gear, with the heater at full blast in the car, and still shivering and trembling. My entire body ached, and I dreaded walking. My headache was approaching migraine status, and I was nauseous. I contemplated heading straight home, but I knew that would only complicate matters, as then I'd have to be with the kids while Fireman ran out and did all this stuff.

I decided being miserable on my own was easier than being miserable with the kids around, so I mustered up my strength and walked through the cold rain into the pharmacy.


I definitely would have stayed as far away as possible from me, if I'd been someone else in there. I kept my coat on, with the collar wrapped around my face, and sat in a rocking, trembling huddle on a chair for the 15 minute wait.

Miserable does not even begin to describe the feeling.

Somehow I made it through my next errand...there were definitely tears involved...and dropped to my knees and crawled the minute I got home.

Son was kind of afraid of Mommy. I didn't blame him.

I cried to my husband about whether or not I should take the antibiotics, and hemmed and hawed. I wanted so badly to feel better, and I knew the meds would deliver that in less than 24 hours. I also wanted so badly for my baby to not get the meds via breastmilk - I worried about her gut health, even though I was prepared with probiotics for both of us.

I thought about garlic, nature's antibiotic, but since I couldn't even stomach the smell of it, that did it for me: I took a pill.

2 naps, 1 long hot shower, and lots of fluids later, I no longer felt like I was going to die. And it was only 4pm! I wouldn't have to feel the train crash while Fireman was gone - there is a God!

I love me my organic, homeopathic, naturopathic, natural choices. But, I sure am thankful for western medicine when on my death bed.  I tried to reverse my image of the whole experience from one of failure and self-loathing, to one of humble gratitude for the vast multitude of choices we have in our privileged society.