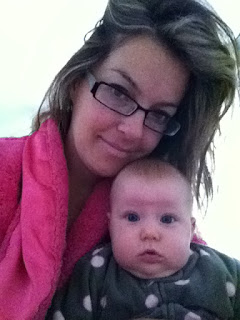 When Daughter was only 8 weeks old, Son brought home a virus from preschool and both kids came down with a very bad cold.


There is no sadder, scarier sound than that of a coughing newborn. I was so scared and worried about both kids, but especially the baby, and to top it off, Fireman had just gone back to work after a nice 5-week "paternity leave." (He simply traded shifts to get the time off...I WISH he'd been given an actual leave!)

Why is it that kids don't get sick until Daddy goes back to work?


Does that happen to you, too?

While Fireman was home, he'd done bedtime with Son, and I'd done bedtime with baby (nursing to sleep), so I was just learning to deal with how to get two kids to bed on my own when this illness struck. I moved into baby's room, sleeping on our lumpy futon, and put baby upright in her bouncy seat, which I put in the crib. I had her bundled up in, and propped up by, a thick blanket, and had a vaporizer with essential oils running. Every time she woke, which was about every hour, I'd suction her with the amazing Nose Frida, and nurse her back to sleep. 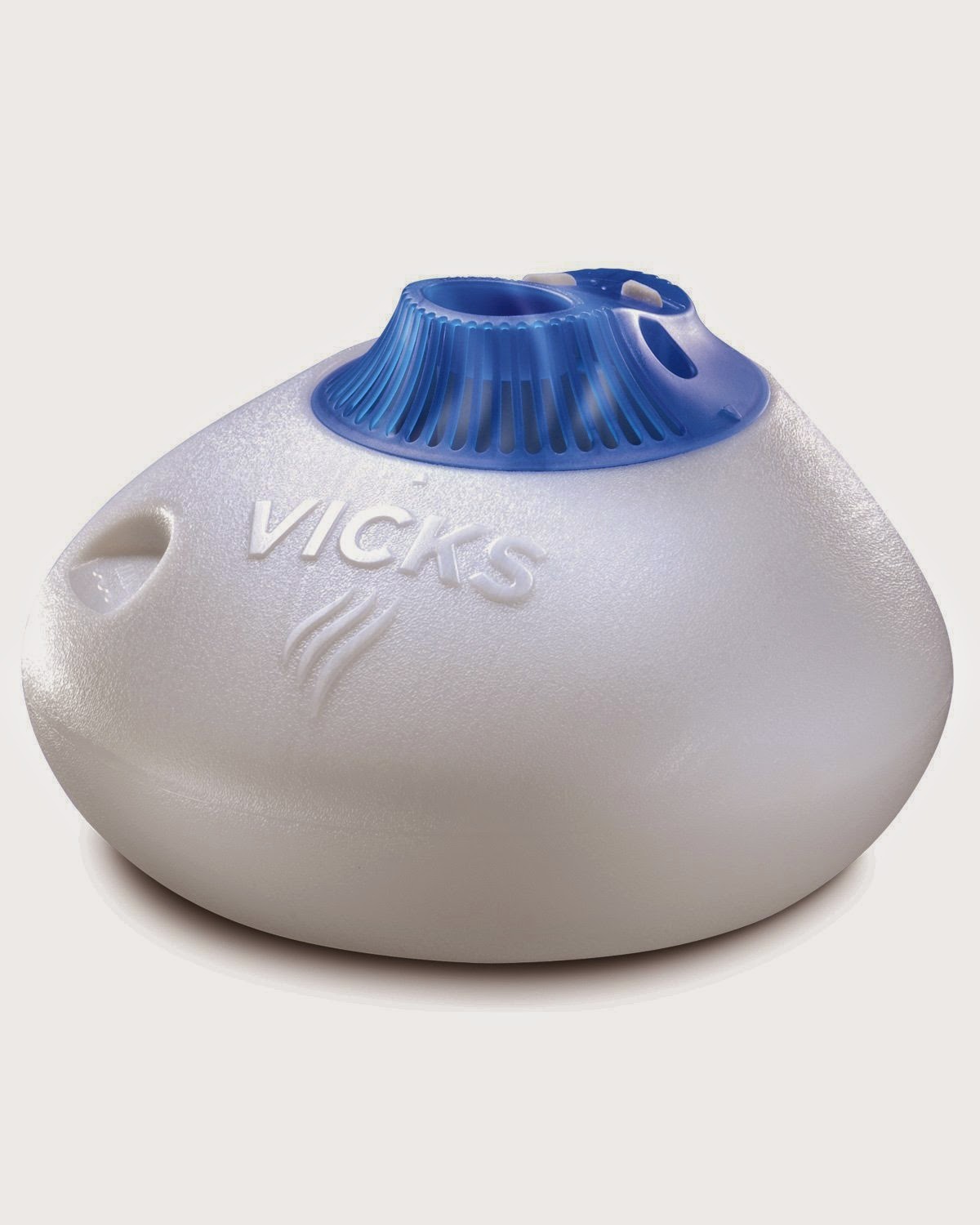 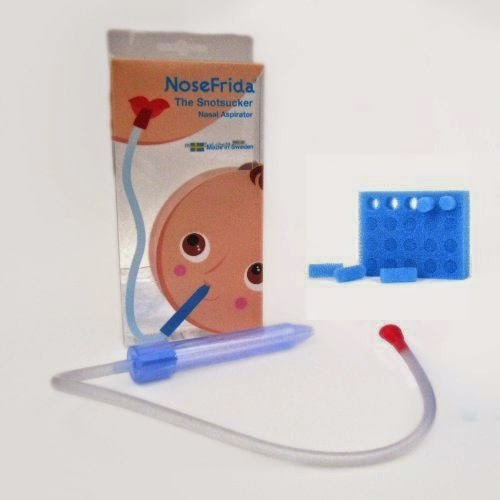 Meanwhile, I listened for Son, praying to the heavens above that he wouldn't wake and cry for me while I was getting the baby back to sleep.

That was my worst fear.


I wouldn't be able to just leave her while she was awake to go tend to him - she would just wail and cough and wail and cough. And I couldn't take her with me into his room because that would just wake them both up more, and I was trying to keep them separated as much as possible for fear she would get worse. And I couldn't yell to him to "hold on," as that would have woken the baby more and just made him wail louder.

Well, the Gods spared me that nightmare for the most part, amazingly. There were a few instances where he woke JUST as the baby had fallen asleep, which had me a little worried, but it worked out. I slept for two loooooong weeks in her room, despite my aching back. When the hubby was home, I could relax a little bit knowing he could respond to Son. My mother-in-law came to help for a few days, although she really did me no good in the night because Son wanted Mommy and baby needed Mommy's boobs. Put it did help my peace of mind knowing she was there.

After a couple of weeks everyone was somewhat back to normal, and while playing in the front one day, Son asked me to get out his scooter, which, of course, was buried under a pile of shit strollers, balls and bikes. I reached down to grab it and smacked my forehead SO hard on Fireman's weightlifting machine that I felt/heard a little snap in my neck. I was stunned, and a little dizzy, but ok.

That night, Son got a fever.

I gave him mostly Belladonna for his flushed, hot, dry fever, every 15 minutes until the fever seemed to subside and he was more comfortable. Sometimes I alternated with Aconitum Napellus. The homeopathy definitely worked in bringing the fever down, but the fever persisted and would jump right back up. I was also giving him Chamomilla to help with his agitation and upset.

The next night, when Fireman was home, I could NOT sleep.

Daughter was in her bassinet next to my side of the bed, so I tried not to make much noise, but I had the chills, a raging headache, an insanely stiff neck and diarrhea. And each time I managed to doze off, I snapped awake in a sweat.

A couple of times sitting on the toilet, I got nauseous, and grabbed the wastebasket, but never threw up. I figured I had the flu, although as the hours passed and my headache progressed to what felt like a migraine, I got really worried when I remembered my head/neck injury in the garage.

I grabbed my phone and googled stiff neck and head injury, and got soooooo freaked out (spinal meningitis, yikes!). Why do we do that to ourselves?

I knew I would not be able to stop worrying, and I couldn't sleep anyway, so I texted my poor mom at 3am and asked her to take me to the ER. I was terrified that my 8-week old Daughter would wake and be hysterically hungry while I was at the hospital for who knows how long, but I had to go. I figured I could ask my dad or aunt to run to the store and grab some formula and take it to Fireman and help him with the kids if it got to that point.

Since my range of motion and vitals were good, the ER doc amazingly did not do an X-ray or CT scan, and was very confident I did not have a massive head injury. I was very thankful for his less-is-more approach, which I have seriously never encountered in a hospital setting before. He said it appeared I was working on a sinus infection, and had a virus of some sort, so he sent me off with...take a wild guess. You got it! A prescription for antibiotics.

By the time I got home the headache had subsided a bit, as had the chills, and I was much relieved.

Fireman was already 2 hours late for his shift, so he jetted off to work as I faced another exhausting day with the kids and no rest. Right after he left, I realized my left boob was tender. I figured it was just engorged, but took a peek at it in the hall mirror.

I've never been so happy to see the tell-tale red streaks across my boob - mastitis! Of course!


Why hadn't I thought to check my boob before? Why hadn't the ER doc thought to check (although I'm glad he hadn't)! I had had mastitis once before when Son was 4 months old, and knew that although it was the most painful thing I'd experienced other than childbirth, it was manageable.

I try to stay away from prescription drugs, but mastitis is one thing I will run to get drugs for.  Especially when you cannot just lay in bed all day and have to be up with the kids.  I could not wait for natural approaches to do their thing.

I had definitely been run down and stressed out with the past couple weeks, so the mastitis was no surprise. I started the antibiotics that day, along with Bio-K to put back some of the good bacteria the antibiotic was stripping away, some Phytolacca, and cold cabbage leaves. I felt better instantly, although my cracked nipple and tender boob remained.

Was all finally well in our household?

Son still had a fever (it lasted for 7 days), and baby was frustrated because my milk supply was low. I drank so much Fenugreek Tea that I smelled like maple syrup...it helped.

We did our best to make Son comfortable, and treat the misery, not the number, but when it jumped to 103 on day seven, I gave up and gave in, and took him to the pediatrician for the 2nd time in his 4 years.
A couple of the nights that Fireman was home, he insisted on giving Son CVS' Children's Fever Reducer in hopes the poor kid would get some much needed sleep. I hated to give him that chemical-laden, preservative-filled stuff, but I gave in. Fireman is wonderfully on board with our journey towards more holistic living, but being a Firefighter and EMT, he is quick to want resolution when it comes to our kids' discomfort and illnesses. As the days went by with Son's fever, he became increasingly worried, which rubbed off on me a bit in my exhausted state. Hence the trip to the pediatrician.

I knew the minute I got in the car with Son that it would be a wasted trip, just like the last time we went for a 2 year check-up. We would be given a prescription for antibiotics without even knowing if the illness was viral or bacterial, and sent on our merry way. What else can a doctor do with a sick kid?

Sure enough, that's exactly what happened. And of course, Son's fever had come down, so he was looking better than ever at the doctor's office. We had been to this pediatrician once before on a recommendation from a friend that the doctor was open to natural medicine and parenting, but this visit really solidified that we would never return. He was obviously rushed with a full office, and he really didn't listen to the details I was trying to relate about Son's illness. I was tempted to throw the prescription away, but I held onto it. We went home, and Son fell asleep on the couch.

Now this is where it gets really fun.


Fireman was home that day - he had stayed with the baby while I'd taken Son to the doctor. I would have loved more than anything to stay home and nap with the baby, but, of course, Son wanted only Mommy to go with him. I had been feeling pretty run down, but sucked it up like Mommies do for our kids. I laid down with the baby to nurse her and hoped she'd nap again, and Fireman said since all was quiet he was just going to run to the auto parts store real quick. Sure, I said.

Why is "just real quick" never that at all?

Next thing I know, I'm awakened by crying and moaning coming from downstairs. I wait and listen for a split second to see if I hear Fireman responding to Son, but I don't hear his voice.

I snatch up the baby, and head downstairs to see Son stumbling like a drunkard to the bathroom, wearing no pants or undies.

He couldn't seem to remember how to lift the toilet seat in his stupor, so I lift it for him. As I'm watching him cry and pee, I hear the baby spit up as I'm holding her, and look down to see both of our shirts now covered in blood.

All I'm wondering is, where is Fireman?

He happened to walk through the door one minute later, to see all 3 of us crying. He took over with Son, and I went straight to my phone to call a different pediatrician I'd taken the baby to weeks ago, and my sister-in-law. After many tears and a few conversations, I realize that she had gotten quite a bit of blood from my cracked nipple, and that no, it hadn't hurt her tummy and she'd be fine.

Meanwhile, Son's fever had reached 103, and Fireman was D-O-N-E.

He ran and got the antibiotic prescription filled, and we started Son on it that night - his first antibiotics, ever. I hated to think that it might be for not, since we didn't even know if it was bacterial, but the poor kid had suffered long enough. I made sure to give him a few teaspoons of Bio-K daily, as well, and he seemed to have no side effects from them. It's still hard to say if it was the antibiotics, or the illness had just run its course, but he was back to his normal crazy self within a day or two.

As my beautiful grandmother "Mama" used to say, "this too shall pass..." and thank GOD it did!

Whew! That was a looooong story - thanks for reading!

Have YOU had a day/week/month from hell as a mom? Trying nights as a lone parent? Share!