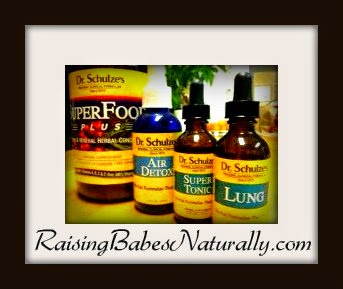 I thought I'd share my ace in the hole, my go-to man for all things health: Dr. Schulze.

When you visit his site for the first time, don't let his somewhat car-salesman/evangelical appearance scare you or turn you away...this guy knows health.

I never would have known about this man if it weren't for my acupuncturist, Helen. She used Schulze's Air Detox in her clinic, and it smelled so heavenly I asked her what she used during my session one day.

I ran home and bought Air Detox that very day, and it's been the only thing I'll spray in my home ever since...it's peace, love and happiness all in one little bottle.

Read Schulze's personal story, and definitely troll around his blog. His answers to the plethora of questions he gets, as well as his responses to the many skeptics and naysayers (including MD's), is not only informative, but also humorously refreshing.

Fireman (when he remembers) and I have always taken a multivitamin, and myself a pre-natal plus DHA while pregnant and lactating, and felt decent. We had the occasional cold here or there, the rare sinus irritation, and some headaches we figured were due to stress and young-parent-lack-of-sleep syndrome.
Lately, with a teething baby waking every 2 hours, I would hit the wall in early afternoon and seriously have to play with my two kids while lying on the floor, doing everything I could to keep my eyelids open. Fireman husband was drinking Red Bull's and Monsters to keep himself going after tough shifts.

But then we started taking Schulze's SuperFood.


It sounds cheesy. It sounds like all the other "superfood" stuff you see on your local Sprouts or Henry's shelf...but I assure you, it's not. This stuff is in a league of its own, as you can read about here and here. We are now taking our 2 tablespoons each, every day, instead of any other vitamins.

My hubby forced me to do the math the other day:
$12/month for hubby's Trader Joe's multivitamin + $30/month for my prenatal + DHA was a couple bucks more than the $40/month for the SuperFood.

I actually had the energy to do more than just keep the kids alive after my broken 6 hours of sleep.

We actually feel alive, even during our most zombified days.

I also adore his:


Children's Echinacea  Lung Formula, and Super Tonic, which I now make myself! (my DIY recipe) 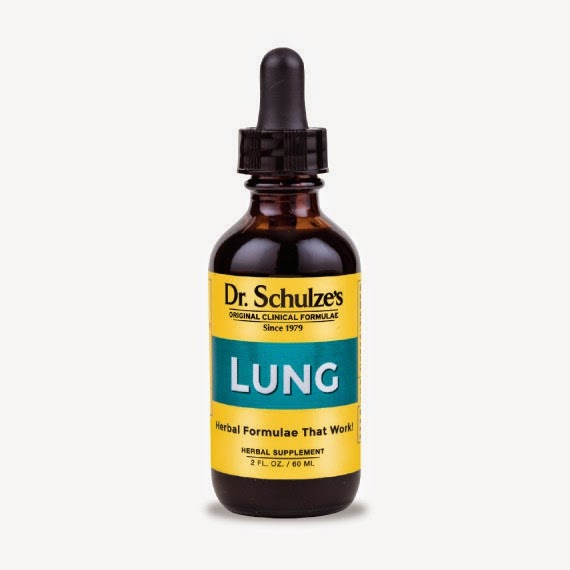 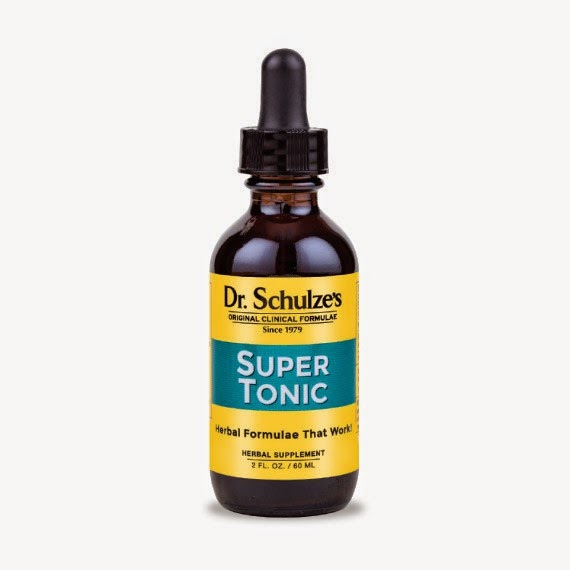 We are monthly SuperFood members, for which you get free shipping on any products. We must be rich, you say? Ha! Did I mention my sweet hubby's a firefighter (read: teacher's salary), and I left my career for awhile to stay home with my babies?

This stuff is NOT cheap, but we scrimp on other things to splurge on quality nutrition...health is wealth...cheesy but oh so true!

So, I'm running an experiment this fall...I don't want to jinx it, but it has to do with Schulze's Lung Formula, and my croup-prone little boy. I'm sure you can figure that one out...i'll keep you posted! So far so good, and it's almost Turkey Day...


With a daily dose of Schulze's Lung Formula, and sometimes Super Tonic, Son has officially survived his first cold of the season without it progressing to croup!!! I am beyond ecstatic! There were a couple nervous nights there as his raspy voice and slight cough during the day stirred up scary old memories for this mama, but he did it- he fought it off! I pray this continues all season long!


Just when I thought we had pretty much made it through the winter, I was awakened by the dreaded sound again the other night at 11:30 pm. Luckily it was a very short, mild cough, and Son went right back to sleep in bed with me. But I was worried all night, and stressed going back and forth between him and nursing baby...Daddy was on duty, surprise, surprise.


The slightly croupy cough has been rearing its ugly head in the mornings a bit, when he's congested after laying down all night, but otherwise it's just a super mild cold. I'm pumping him full of a dropperful each of Lung Formula and Super Tonic in a shot of juice 3x/day now, along with the CroupEx Sprinkles every hour, and lots of tea with honey and other fluids. I've even gotten him to take bites of my Sweet Pickled Garlic and Lacto-Fermented Sauerkraut and Pickles, whose good bacteria will help illness. Oh, and of course, 5 minutes of nebulized Silver Shield 2x/day, and hot, steamy showers.


I like to think that my proactive remedies throughout the winter, and immune-boosting foods have contributed to keeping this episode super mild, so I'll continue what I'm doing.