Son has always been our reserved, slow to adjust, sensitive little man, even to the point of wearing winter clothes in summer (and vice versa) because he had JUST gotten used to pants and sweaters by the time warm weather rolled around. 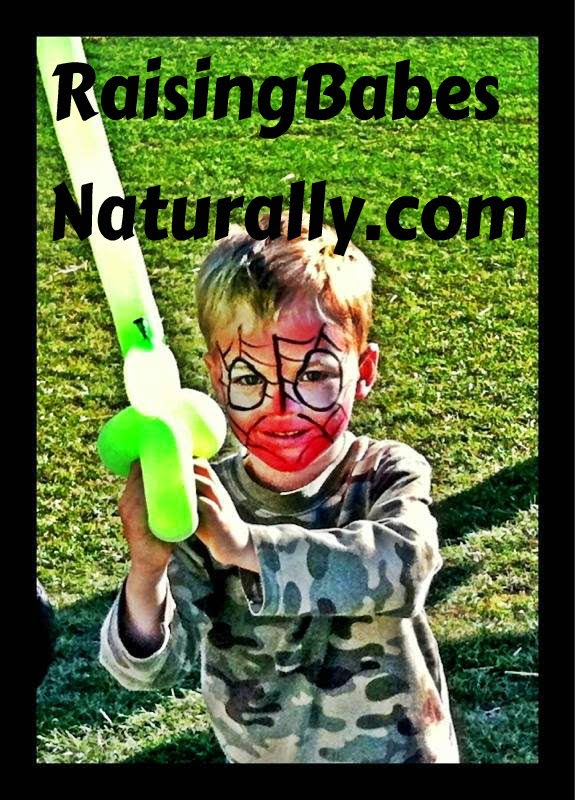 He is a classic Capricorn: a stubborn goat, a creature of habit.

The start of preschool brought much resistance, as was expected, and it's definitely been getting easier as the weeks go by, but there were some really ugly mornings we're not proud of. Despite being given options about clothing, ample time to wake/adjust/transition, proper diet/rest, making breakfast fun, making a game out of getting dressed, acknowledging his dislike for the shirt/shoes, etc, he sometimes flat out refused to get dressed, or had a complete meltdown.

Our response to his behavior was always matter-of-fact with options, or humorous to try to diffuse the tension, until we just got so frustrated with his refusals to budge that we pretty much wrestled him into his clothes (I coined the term "drestling") and strapped him in the car. Then it just got uglier- he would strike out in anger, kick the carseat, etc., and would usually calm down by the time we got to school and I would talk with him about it all before entering.

At home with tantrums, time-outs never worked, as he'd never stay in one spot, so he would be sent to his room until he could calm down/stop yelling.


Or we would threaten, and follow through with, taking away privileges or toys if said behavior didn't stop. And yes, we have spanked, and I've even flicked his cheek when he called me an 'idiot,' (thanks, Ice Age) which only made everyone feel terrible and was not effective at all.

So enter the camping trip. In hindsight, we should probably not have planned our first camping trip so soon after the start of school, but maybe it was meant to be the catalyst we needed for change.

Son has spent the night at a best buds house a handful of times, but nowhere else - not a hotel, not even Grandma's. The day of packing up what felt like our entire home into the trailer, plus the anticipation, and disappointment because he came a day late, of seeing his cousin while camping, and the first night of HORRIBLE sleep for the entire family (not doing it again until baby's weaned!), all proved to be too much.

He was the whiniest, neediest child in history, which grated on us all in such tight quarters, so we were frustrated with him.


The next day the poor kid was so exhausted and out-of-it that he had the worst meltdown of his life. I had never pinned him to me before, but he had never acted like that before (calling me names, trying to hit/kick/bite, etc) so it was clearly the only option. I held him tightly on my lap while staying completely calm and non-emotional about it all (because I was kind of scared and in shock) for about 20 minutes until he finally fell asleep.

Back at home, 2 more of these worst-ever, hysterical meltdowns and Fireman and I seriously started to worry that he had a chemical imbalance or was hypoglycemic or SOMETHING! We even made an appointment to get him tested for food sensitivities (didn't end up doing it).

Never having felt so helpless before about how to help my child, I know the parenting gods stepped in when I stumbled across an old email from a site called The Great Parenting Show, with a headline that read: Fits and Tantrums: How To Reconnect With Your Child.

It was an audio interview with Patty Wipfler, a renowned parenting consultant, and long story short, my heart knew I had found the help we needed within 5 minutes.


Here's an excerpt from Patty's website regarding her approach:

"Hand in Hand Parenting works with parents of young children providing resources, training, and lots of support. For over 20 years, our Parenting by Connection approach has given parents practical tools to resolve universal family challenges. Unlike parenting methods that rely on systems of rewards and punishment, our philosophy is centered on children's strong, innate desire to love and be loved. Our fresh and effective framework is consistent with the latest research and results in long-term family success."

Essentially, we are erasing all the ways we THOUGHT were the way to respond about behavior/punishment.

And it's hard! Our societal training is deep! We've only just begun this week, but there has already been AMAZING progress.

~ We've learned that fits/crying are not throw-away behavior, not to be ignored...they are cries for help from a hurt/scared child who is only hurt/hardened more by being isolated in a room or threatened or hit.

~ We've learned that when given the time, space and loving, safe environment when their feelings erupt, that kids will clear out their emotional baggage through these bouts all by themselves.

~ We've learned that the best thing a parent can do is show compassion and understanding, and be a good listener.

~ We've learned that children who are punished for crying out with their strong feelings learn to suppress/internalize them, which results in teens who rebel and adults who turn to addiction or other ways of coping.

I could go on all day, but let these videos speak for themselves, and check out Patty's site!


It sounds very touchy-feely, and it is.

I found it hard to internalize and put into practice at first, having been raised in a reward/punishment manner, and certainly was never listened to/supported while throwing a fit. Fireman had an even harder time grasping it at first, but is doing so amazingly after just a few weeks - he has even used it with the dog when giving him his medicine!

The first day of trying this approach, Son verbalized some pretty profound emotions and definitely tested the waters to see if our new reactions would remain. The second night, after a very cleansing fit, he bounced off the walls with joyous energy. He ran around the house doing these little hops of joy he used to do as a toddler, that he had not done in a long time...Fireman and I even had tears of joy welling up in our eyes at the sight of him.

At bedtime, he was super chatty: he brought up ways that I had previously hurt him, then forgave me; he told me how much the neighbor girl stresses him out; and he wanted to tell his car-crashing stories all night long - another passion of his which we hadn't seen in awhile, either. We could definitely tell that he had just cleared a lot of junk, and had revived his joyous little spirit. The next day going to school, he looked tired...he had worked HARD the night before!

I suspected it would take quite a few more cleansing "episodes" to get him on an even keel, and I actually was kind of looking forward to them. But as the third, fourth and fifth occurred on a daily basis, I found myself getting stomachaches following them!

I knew the fits were productive, and it was a relief not to try to stifle them or inflict punishment, but I found myself absorbing the emotions he was releasing.

I began worrying I wasn't doing this new approach right, questioning the efficacy of it, and fearing we'd never have a "normal" child who wasn't angry all the time. It's hard to not feel like you're spoiling your child, or giving in to terrible behavior, or feeling like your Grandparents' shut-up-and-deal-with-it approach did well by them, so it should for us too, right?

Patty addresses all these feelings.

I began practicing deep breathing while helping Son release his emotion, and focusing on deflecting his energy rather than absorbing it.  Envisioning myself surrounded by mirrors facing outward is the best way to deflect others' energy, and I do it anytime I can remember when I'm out and about in crowds or with people whose energy drains me.

It's been 3 weeks now, and the stomachaches have almost disappeared. I know we will all relax into our new groove with time, and I just feel grateful I've found help before things got crazier.

I was telling Fireman the other night that I see now that Son is our challenging child so that he can guide us on this transformational parenting journey and further the practice of raising happy, baggage-free children. It's really hard to not revert to our own parents' and grandparents' approach to "misbehavior" and punishment, but I know in time it will get easier and become second nature.

(We later learned that Son is a Highly Sensitive Child...I'll soon be writing more about this, but if you're curious, here are some great sites to check out:  FamilyFeelings.today, The Highly Sensitive Person.)

I hope you'll pass this post on to other parents, because you just never know who might be struggling at home.